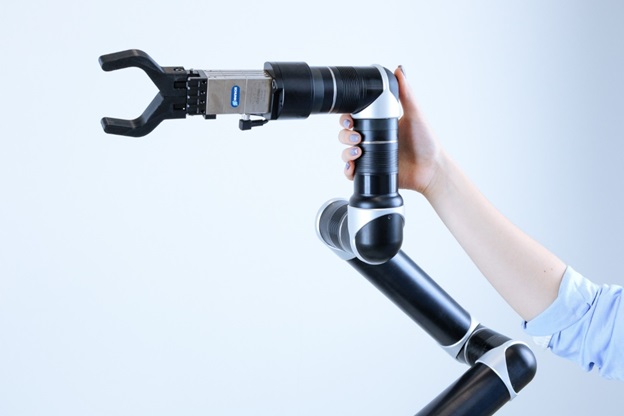 Servo motors have become an essential component in many modern robotic systems available today. But what makes them so useful, why are they so widely used, and how exactly do they work? Today, we’re breaking down the “why” and the “how” behind servo motors in robotics.

Why Servo Motors are Used in Robotics?

To first explain why servo motors are used in robotics, it’s first important to understand what a servo motor is. Servo motors are motors that cause desired mechanical motions for specific applications using a given command or signal.

As an example, imagine an automatic solar panel. Solar panels absorb the energy from the sunlight and generate electricity from it. More sunlight means more energy generated. The problem, though, is that the sun doesn’t stay in one position all day, and you won’t get the same amount of electricity generated all day. Aside from this, engineers always strive to optimize anything, including solar panels. That’s why the first thing that they’d come up to solve this issue is to create a smart system that detects where the sun is and positions the solar panel in the right orientation at the right time. Since movement is required, motors would be the main option for the solution, but it would need to be accompanied by some changes in structure so that it would work well with the solar panel.

This is where the term “servo” motor comes in. “Servo” alludes to command-based movement and action, and that’s precisely what a servo motor does. It only moves when told to do so, so that the system can be efficient and be capable of keeping a steady state.

How Servo Motors are Used in Robotics?

Now that we know why servo motors serve as such a vital component in modern robotics, let’s take a look at how exactly they work. As mentioned earlier, conventional motors can’t really be applied in robotics, as they rotate continuously and cannot stop at a desired position. Robots need to be able to hold positions and angles precisely if they want to function.

This is how servo motors are used – they provide the added precision that conventional motors lack. And servo motors come in different forms as well, to cater to specific use cases and applications. Here are some of them:

Analog servos use a potentiometer to provide position feedback at all times, allowing the system to know the position of the motor. In many use cases, this is completely fine; however, the design of the potentiometer itself can pose issues due to its design. Potentiometers prevent servos to rotate 360°, which makes analog servos unusable in applications that require 360° movement. They are, however, still used in applications that only need to move in a certain range.

Using optical encoders, digital servos bypass the limitation of analog servos with their potentiometers. They are able to rotate a full 360°, and are widely used in robotics thanks to this feature.

Applications of Servos in Robotics

As you may have already guessed, servos are used widely among robotic products and systems.

One of their most popular uses is as joints for robotic arms and legs. As these limbs require precise movement and rotation, servos become an essential component for them to function properly. Systems such as rescue robots and manufacturing robots benefit from the functionalities of servo motors.

Succeeding When Using A Google AdWords Management Agency in Australia